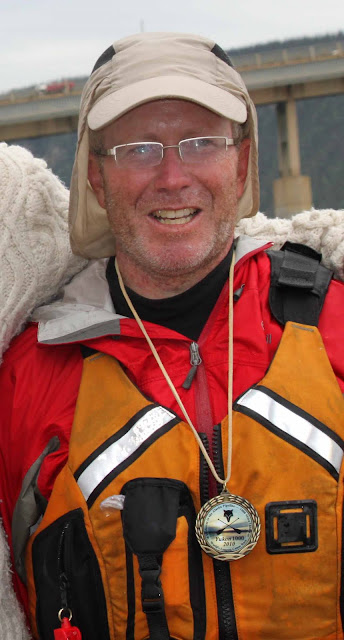 I could not have asked for a better Yukon solo buddy. 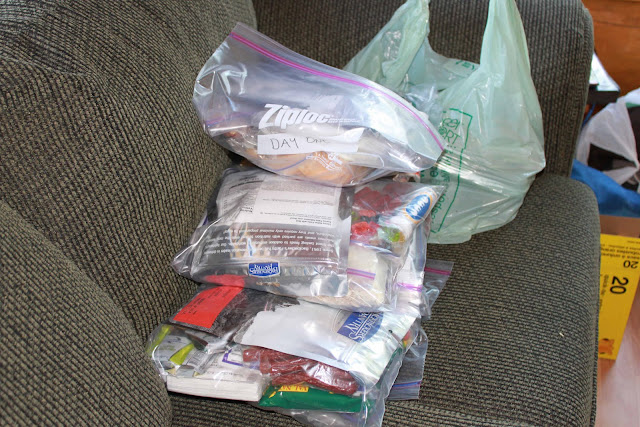 Thankyou Pip for lending me Steve and providing so much organization. 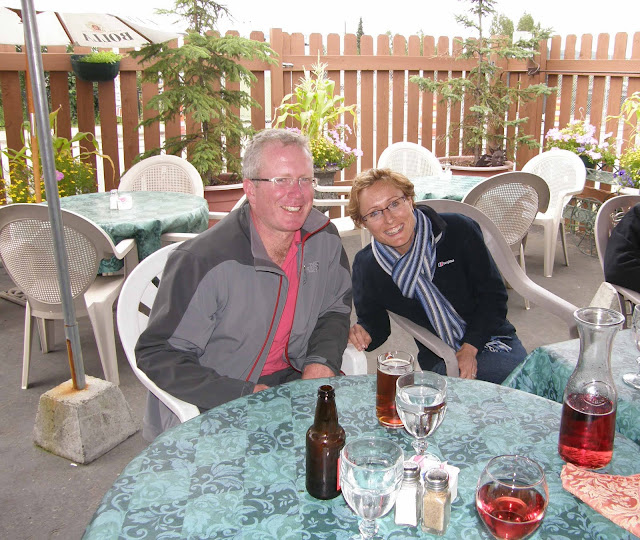 Thank you Lynton for for giving Pip to Steve and the great stability and sound advice you offered the team. 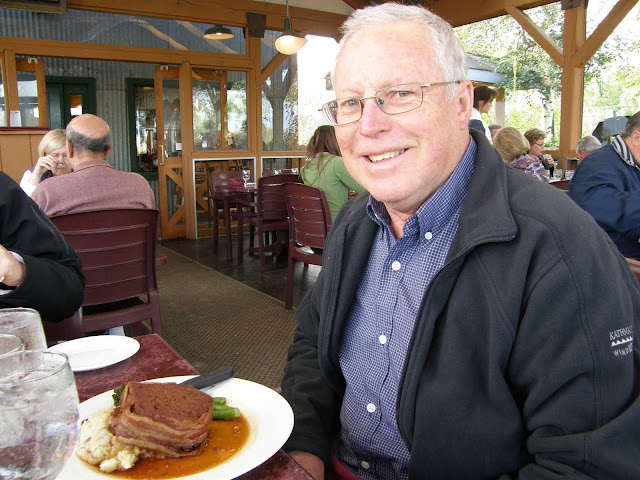 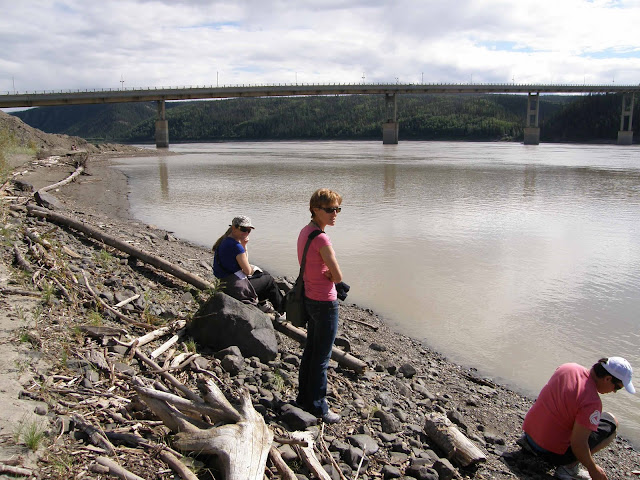 Thank you Kobi and Fiona for finding the missing spoon and keeping Christine happy and enthused. 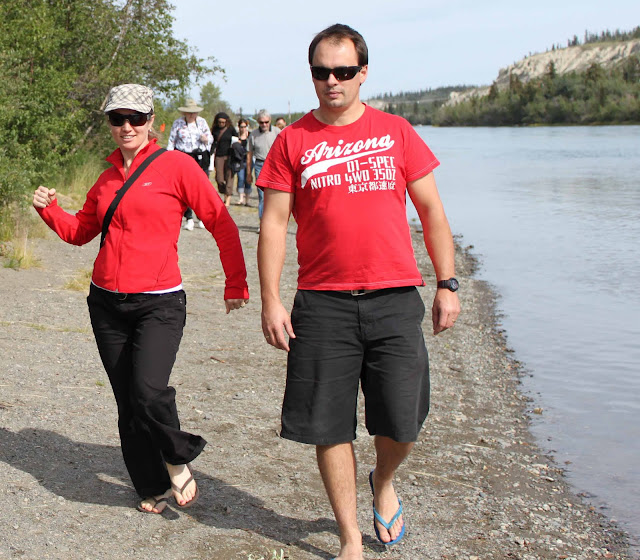 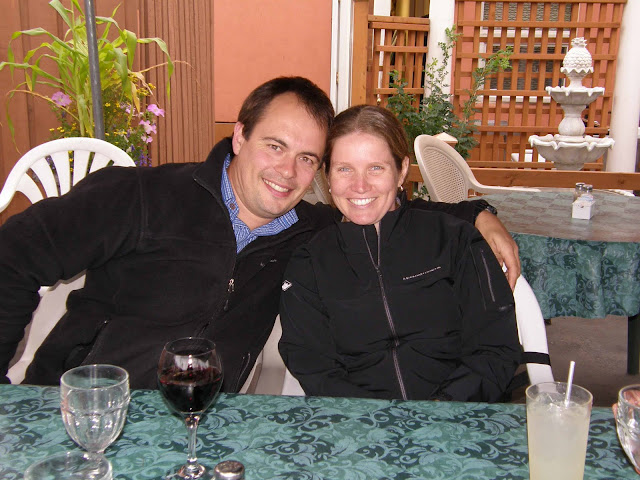 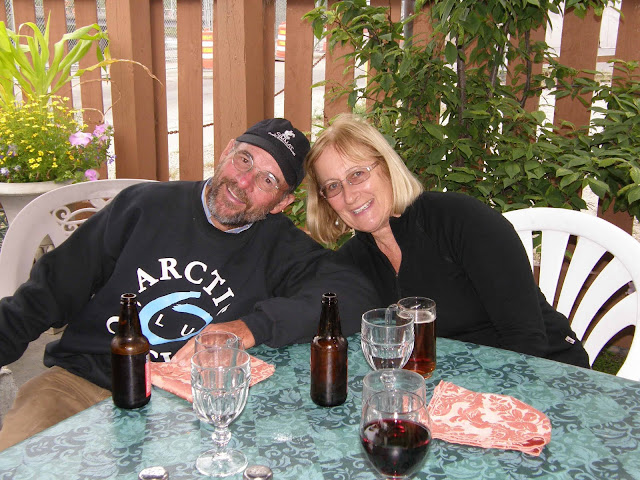 and thank you Daen and Carina who kept the Australian side of the blog going.

and thank you Kristal and Amanda who at The Pilates Room kept my body together, and Dean and Yanda for their advice and training, and Lane Cove River Kayakers for their support and the Sunday morning guys at Manly Warringah and all those people who followed the blog who we knew were behind every one of the two million paddle strokes we each had to make to complete this crazy race.

And the mad Scotsman, Peter Coates for his extraudinary forsight in organizing such an event that can only grow and grow and grow.

Tom
Posted by cdsimmat at 3:25 AM No comments:

Sorry for not adding to the blog recently but, back at work trying to catch up and earn some money. What I need is a patron, so I can gallivant round the world and do this sort of stuff. Work does interfere with paddling. Leonardo De Vince had a patron so he could just sit around and draw stuff in a sketch book and invent stuff and dissect dead bodies and pull their bladders out and write backwards. Not that I am comparing myself to De Vince;
Yet.
I read somewhere that De Vince advised on diet for his kings troops in battle. Sort of an early sports medicine guru.

Christine and I have been going through and sorting out the stuff, and putting it all way for next time. I did drag out my own bladders and sterilize.

I even managed to fit in a few paddles including a race down at Manly Warringah Kayak Club on Narrabeen Lake. I ran out of puff after about 5 kilometers, but did finish.
I am about 2 kilos lighter than when I left but was unable to weigh myself over there. I have been making a bit of a pig of myself, on American apple and blueberry pie, and with no training I have probably put on a couple of Kilos since the end of the race.
Also feeling a bit tired in the afternoon. That may be Jet lag or maybe some sports medico guru will say I am depleated in hemogugu's or something like that.

Did I mention before my back was itchy. When we stayed at the 40 mile cabin. That was the one with the meat safe, gun rack and the Auson Wells writing table.

I hung up all my Skins and thermals to dry inside next to the fire. I needed to go outside with Steve's camera to take the photographs you have seen on the blog. I did not think it was worth putting my skins and thermals back on, so I raced around outside, just in my Crocs and budgee smugglers, through the swarms of mosquitoes. I thought if I kept moving I could stay ahead of them. So all was probably well until I thought, while I was out there, I might as well have a pee.
At that point the mozzies did catch up and I have had an itchy back up till yesterday.
Chritine recons it was not mozzie bites but some dreadful rash from wearing sweaty tops all day or from lack of nutrients, bit like scurvy, or how the oranges on the orange tree get spots when you don't give the tree enough fertilizer.
So some sports health guru type will probably have a theory about that also.

On the way home I made the mistake of reading a book by Nick Jans about Timothy Treadwell. He was the guy who lived with bears in Alaska for 13 straight seasons and was finally with his girl friend killed and eaten by one of them. The book pointed out some basic dos and dont's about preventing being eaten by a bear and it would appear, in hind sight, that racing around in the woods in just Crocs and budgee smugglers was not a good idea.
Posted by cdsimmat at 4:26 AM No comments:

We have flown over night out of Anchorage down to LA. We did a very dosey Parramatta Road style bus tour of LA, which explained were every body important used to live and where everything important used to happen, including where Bay Watch used to be filmed. The surf was not up but you could get a shower holding your board so you at least looked wet.
Also saw where every body used to stand on wet cement and had their names put next to their hand prints. Guys like Russel Crowe in frnt of the Chinese Theartre which did not look very Chinese.
Any how then we drove to Palm Springs. This is a nice place and nice and hot. This is also a place where every body used to holiday and generaly get rehab and the odd bit of plastic surgery before their next shoot. Even Shrep came here for rehab and surgery.
I have now to repack my bags to international flight standards, with some mythical weight limit that no one understands but the lady weighing you in.
I am a lot lighter than when I flew from Australia so I wonder if I get any bonus points for that.
Re packing the bags I go through the gear I did not need to bring.
Steve was much better organised than me but there was not much on the boat I did not use.
What I did take was lots and lots of saline solution as eye wash. In the past I found if I got Yukon water in my eyes soon after the White River entered, the high ash content hurt like hell and I could only get releafe with the eye wash. This time I had a similar problem with stinging eyes, but when I wiped them with a cloth I had in the cockpit to clean my glasses, the cloth was covered in tiny black flies. This was a continual problem. I had to wipe my eyes every couple of hours when paddling. But I never used any of the saline solution.
I had no chafe problems so did not use any of the first aid stuff, but that could have been a different story. I could have done with a better tent, but the half height therma rest was a must as was the minus 15 sleeping bag.
There was a 2 litre bottle of emergency water stuck in the bow that I could not get. I should have tied a bit of string to it. I took about a kilo of lollies for a sugar hit, but only had a few. A fe more pockets to keep stuff in it place in the cockpit may have helped other wise I used every thing.
Need now to drive back to LA and then back to Sydney. We have had no end of trouble getting internet access i Palm Springs. My next blog will be from Sydney.
Tom
Posted by cdsimmat at 11:17 AM 2 comments: