Back at Muk Tuk. Finally the Germans have flown out. But all good fun.

Canada Day today so nearly everything is shut.

Raining now and strong Southerly wind just what we wanted across Lake Labarge, but that did not happen.

If you email Harry Kern,   haywire@polarcom.com ,     he will send a lot more pictures back.
Spoke to Igor at Dawson he has given up photography, now does joinery. He did not look well. no front teeth and very thin. He did not know I was in the race. He sent his regards.
Give my Love to Lissa before she goes.
I fly out day after tomorrow, ie Wednesday the third, in the morning. It is now Monday three in the afternoon.
Love Tom
Posted by cdsimmat at 7:44 PM 2 comments: 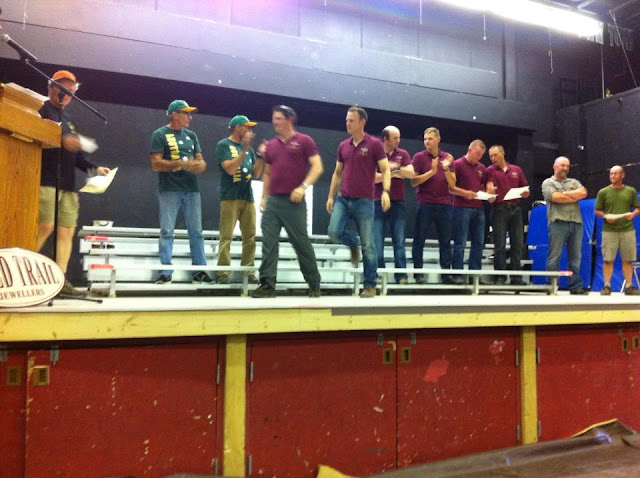 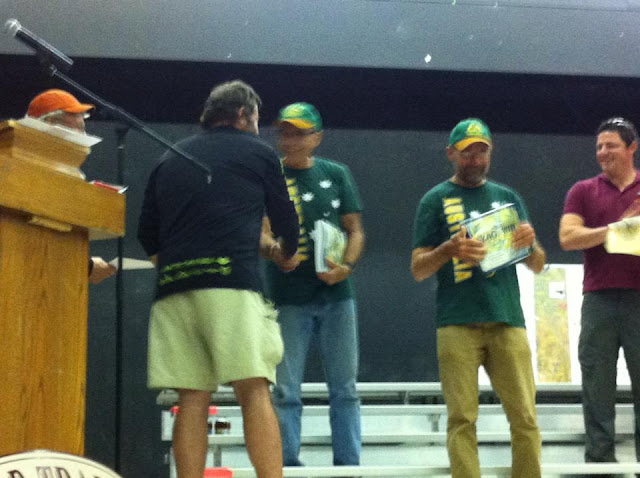 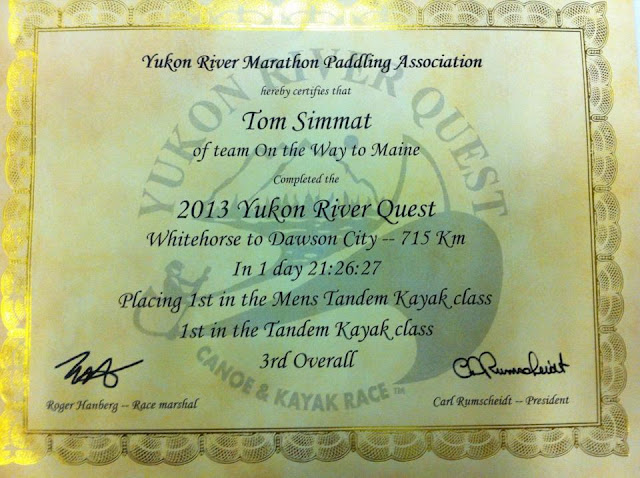 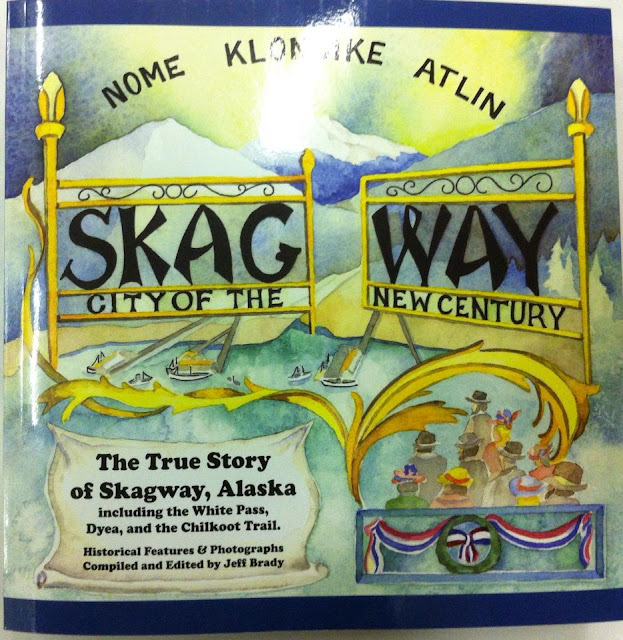 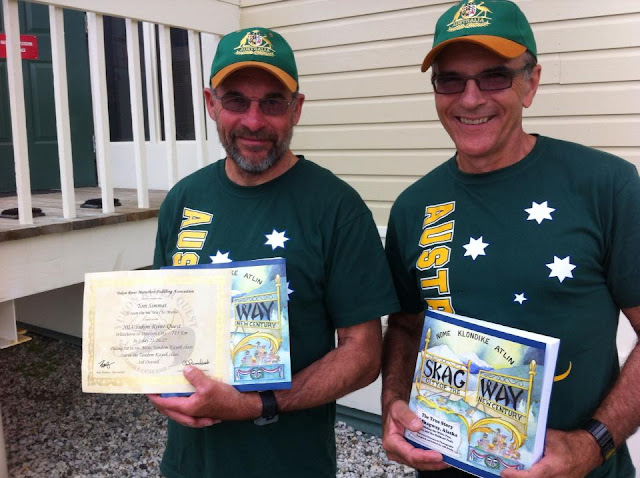 We knew the double canoes were faster through the water than us, so we tried all sorts of short cuts to catch number 19 ahead and stay ahead of the canoe behind us. Some short cuts payed off others did not. Off course we can only see about 2 kilometres on the river and then they are only dots. We often caught up to the dots only to find out they were big logs.
We did see the second canoe ahead but thought it might have been the first. Once we were on the straight track to the finish they just powered away out of sight.
Great boat, great company, great land crew.
We are stoked we won the double kayak division by some hours, we will give you the margin when we find out.
Thanks for all the face book support, and others, it realy spured us on and made us forget the pain.
Urs and Tom

Urs and Tom have finished 3rd after 2 double canoes.
24 minutes after the first boat
45 hours 26 minutes overall for 715 kilometres

1st boat "Round Side Down" 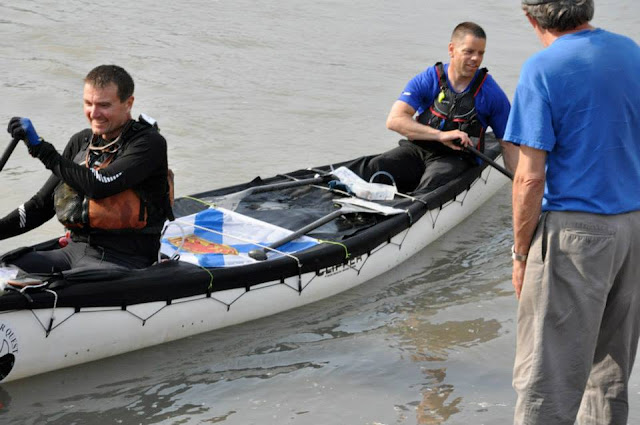 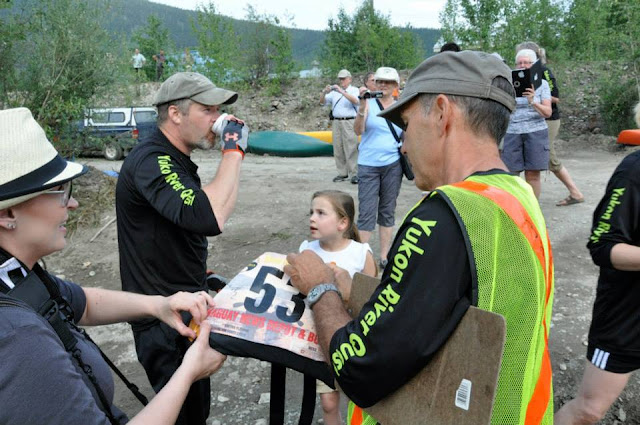 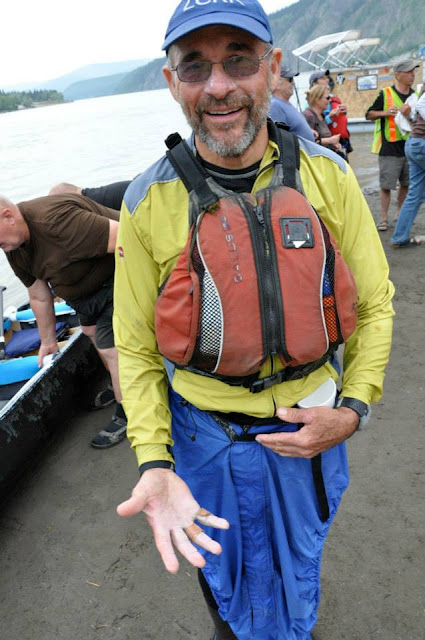 Canoe team catching up to Tom and Urs

I was feeling grumpy because Tom and Urs are letting another team catch them just before the finish. They will probably come in 3rd of 67 boats

4 hours to the finish at Dawson

Urs and Tom - "Team On the Way to Maine"

are 4 hours from the finish in Dawson in 2nd place, 20 minutes behind the leaders - "Round Side Down". There is another double canoe - "Looking for Forty Creek" 7 minutes behind.

Over 700 kilometres of paddling for over 40 hours.

Posted by cdsimmat at 4:28 PM No comments:


CARMACKS – Two tandem paddling teams continue to battle stroke-for-stroke in the early going of the Yukon River Quest.
The canoe duo holds a seven-minute advantage over the kayak at Carmacks, the first mandatory layover along the race route.
Menʼs tandem canoe Team 19 ʻRound Side Downʼ pulled into the Coal Mine Campground just before 8 a.m. this morning.
Paddler Tim Lynch of Faro and Dave Lewis of Nova Scotia held their early lead over Australians Tom Simmat and Urs Mader of Team 20ʼs ʻOn the Way to Maineʼ after passing them on the river after Lake Laberge.
Menʼs tandem canoe team No. 32 ʻMen of the Midnight Sunʼ was third, arriving at 8:20 a.m.
“Conditions were good,” Lynch told the Star. “It was a little hot yesterday. It kind of made it a long night after Lake Laberge.”
The Yukoner admitted it will be touch to shake the Aussie duo that remained hot on their heels.
“Theyʼre really good,” he said. “But so far, so good. Weʼd like to make it to Dawson.”
Both he and Lewis also competed in the race last year. Things have changed thus far, however, as last year they spent much of the race following in the wake of the womenʼs voyageur team ʻSkirting Disaster.ʼ
“They knew the river and we followed them,” said Lynch. “Weʼre missing them.”
ʻOn the Way to Maineʼ lead paddler Tom Simmat said they werenʼt able to keep pace with the leaders in the fast water past the lake.
The two had exchanged leads a few times before the canoe team took the lead for good about two hours before reaching Carmacks.
“We expected to be in the first two,” Simmat chuckled.
“We actually really expected the voyageurs to be ahead of us,” admitted Mader. “Theyʼre normally in front of us, so thatʼs a surprise.”
A large contingent of volunteers and fans was on hand to welcome the leaders in, after the campground was awakened at 5:15 a.m. by a group of angry crows.
Whoops and cheers went up from the crowd lining the Yukon River each time a canoe or kayak was spotted on the horizon.
Checkpoint in sight, many paddlers appeared reenergized, paddling strong to the small dock where they were greeted by race volunteers.
Many struggled with sea legs while climbing out of their boats, having spent more than 20 straight hours paddling from Whitehorse.
Inuvik paddler Kendall McDonald, from the third-place team, said he was looking forward to a shower, for starters.
He and teammate Tim Gordon entered Carmacks about an hour faster than their time last year.
Paddlers experienced some good luck while crossing the long, and historically perilous, Lake Laberge.
Smooth waters and sunny skies had racers in good spirits early.
Shouts of “Living the dream!” came from a voyageur canoe paddling past the media boat.
“How far to Dawson?” queried another.
One of the paddlers near the back of the pack even offered $15 for a cold Yukon Gold lager – a request the media boat could not fulfill.
“It was a breeze,” said Mader, who last endured stormy waters on the lake during the 2007 race. “It wasnʼt cold at all. It was calm. Flat as anything.”
Two tourists paddling the lake in a canoe with gear including a guitar and a fishing rod ended up getting some unwanted attention when they ventured across the lake in the midst
Conversations around the checkpoint dealt with the quick tandem canoe and kayak times during the first half of the race.
Typically, the race is led by the eight- or 10-manpower voyageur canoes, but not so this year. The first four teams into Carmacks were tandem teams.
“The whole scope has changed this year,” said longtime race media coordinator Jeff Brady.
“It used to be voyageurs, voyageurs, voyageurs.
Posted by cdsimmat at 1:40 AM No comments: